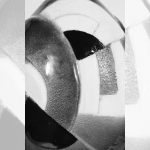 While the enamelling had lost its importance in Limoges following the Revolution, the rediscovery of this art during the nineteenth century has allowed the Limousin region to regain all the prestige of its reputation in the field. Brought up to date by a pioneering generation of scholars and enthusiasts since the Second Empire, it is truly at the beginning of the 1920s and under the impetus of the ingenious entrepreneur Camille Fauré that limousine enamels will experience a new growth and take the turn of modernity.

Born in Périgueux in 1874, Camille Fauré is the third child of a letter painter who came to set up his business in Limoges at the end of the 1880s. After his father's death, the young man took charge of the family business and multiplies activities by specializing in various sectors such as signs, shop windows, churches or faux marble. With his professional success, he decided to devote himself to the production of enamels of art around 1920 and associated with Alexandre Marty, student and son-in-law of porcelain decorator Alfred Broussillon. Together, they create pieces with "flamed" and "frosted" decorations stamped Fauré Marty Limoges, including a multitude of small copper vases. These achievements in the taste of the time are particularly intended for a local bourgeois clientele. In 1924, Fauré wanted to give a new impetus to his workshop and address a wider clientele, including foreign buyers and Parisian establishments. He separates from Marty and recruits five enamellers, including Louis Valade, Lucie Dadat and Pierre Bardy, whom he finances and to whom he leaves a total freedom of creation. From 1925 to 1930, these art workers working under the collective name C. Fauré Limoges will offer exceptional pieces with avant-garde decorations cleverly combining geometric and cubist motifs with bold colors enhanced by the relief of enamels.

These Art Deco vases are a blazing success that the stock market crash of the early 1930s will put an end. Fauré is forced to reorient his production towards a mass market and asks his collaborators to produce more modest objects. These post-1930 pieces are characterized by their floral and naturalist decorations that continue to make the workshop famous.

On the death of Camille Fauré in 1956, his daughter, Andrée, took over the management of the workshop which has a last boost before finally closing its doors in 1985.